Although Ormond McGill died ten years ago, he is still referred to as the ‘Dean of American Hypnotists’ and is one of the last hypnotists to have started his career on the stage as a magician and then moving onto ‘showbiz hypnosis’ in 1928.

He was one of the few stage hypnotists who had in fact studied psychology. He was inspired to try his hand at hypnotism when still a teenager soon after he’d watched a stage hypnotist in action.

Unlike many magician-hypnotists, he 'redeemed' himself in later life by writing about 25 books on not only magic, but also hypnosis and in the latter part of his life was considered a great teacher and practitioner, both of hypnosis and various forms of meditation which he linked to hypnosis. 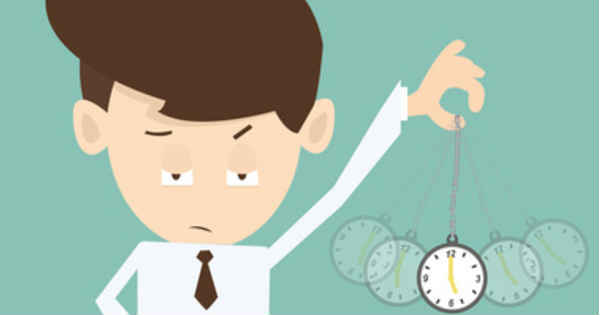 What Ormond McGill Contributed to the Field of Hypnosis.

He was most active in the years spanning the 1950s and 1960s when he travelled all over the world presenting his ‘Concert of Hypnotism’. He worked not only in the United States but also in Europe, Asia and Australia.

Even without the benefit of scientific study, his ideas and writings on hypnotherapy were revolutionary and very insightful and he also developed a reputation as being a very spiritual man, possibly as a result of the great influence of meditation techniques on both himself and his hypnotherapy related thinking.

Up until the day he died, he was working at the Hypnotherapy Training Institute in America, where he was most famous for his ‘Quantum Hypnotherapy’ sessions.

During these sessions he taught a range of related subjects, encompassing such diverse topics as the production of profound hypnosis, controlling functions of the mind, advancing to cosmic consciousness as well as the apparently more incongruous Yoga Nidra, which is also known as ‘Yogic Sleep’.

This is known as that state of mind between wakefulness and sleep and is possibly the deepest form or state of relaxation – something that we in the West refer to as a deep hypnotic trance, which was something that McGill was also very interested in.

He coined the word ‘Hypnomeditation’ as well as something which he is not often credited with and that is the concept of using ‘The Force’!

In many ways, he made more progress and created more original ideas in the field of hypnotherapy than almost anyone else, including all the regognised great hypnotherapists and psychologists.

He was truly an enlightened individual and those who knew him would also comment on what can only be described as his spirituality.

We have to remember that already by the late 1930s, he was considered as the world’s greatest stage hypnotist - at exactly the time when hypnosis was becoming enmeshed with psychology and was also becoming a profession rather than just an entertainment.

Whereas people such as Dave Elman dropped stage hypnosis, Ormond McGill continued until his wife’s death in 1976 when he more or less retired - before being persuaded in 1979 to forget about retirement and deliver a seminar. The rest is history.

He carried on teaching right up to his death in 2005 and gained the fierce reputation as one of the most loved and profoundly creative hypnotherapists and teachers of hypnotherapy.

It is generally accepted that it is he and Dave Elman who should be credited with accelerating the efficacy and respectability of hypnotherapy as a medically accepted technique for so many issues.

He did a lot of his latter work at the Hypnotherapy Training Institute, and I think the best description of him is in that Institute’s brochure. It is as follows: ‘He has combined his profound mastery of many hypnotic techniques; his deep personal understanding of the Eastern systems of meditation, mysticism, wisdom and healing; and his creativity, vision, compassion, humour and life experience.’

Plus he was an incredible magician!