Dave Elman was not a clinical psychologist and neither was he a medically qualified practitioner or even an academic. However, he is considered as one of the 20th century’s greatest contributors to the field of hypnotherapy. 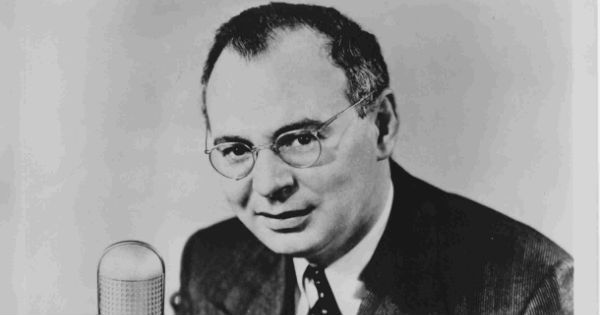 His book entitled ‘Hypnotherapy’ was published in 1970 - three years after his death , although you can find the same book, which he self published in 1964, under the title of ‘Findings in Hypnosis’ - although a copy of that particular edition changes hands for about £500. That is the esteem in which Dave Elman is still held.

Dave Elman was born in 1900 and developed into a real mid-20th century polymath.

His career does not read like that of say, Freud or Jung, but that of a person whose personal drive was towards fame and recognition and hypnotherapy appeared to be a natural development of his rather varied show business career.

He was born David Koppelman in North Dakota and his parents ran a wig-making business and his mother ran a hairdressing shop.

Dave's Intro to Hypnosis for Pain.

In fact, when his father Jacob contracted cancer, his pain was relieved through hypnosis by a family friend who happened to be a stage hypnotist.

Consequently Dave asked the family friend to teach him all the techniques and specifically those which dealt with pain relief. Dave was only eight at the time.

Because his father had died leaving a large family, Elman was forced to work from a very early age and even when he was twelve or thirteen, he was already performing both as a musician as a comedian.

So you can see that his path towards becoming an authority on hypnotherapy did not exactly follow the conventional route!

It was in 1922 when he had already joined the Vaudeville circuit and had moved to New York that he took on the stage name Elman. He was only in his early 20s when he became known as ‘the world’s youngest and fastest hypnotist’.

After about a year or so, he became a little disillusioned with performing and took a job with a music publishing company.

In conjunction with a musician called WC Handy, he wrote a couple of songs which were to become hits.

In the early 1920s, Elman saw and understood the power of radio and eventually, at the age of 28 he had managed to break into radio and ended up writing, producing and appearing in his own shows, as well as producing and performing in shows for others.

For the moment, hypnosis took a back seat, although his fame was slowly spreading.

His fame became national when, in 1937 he began to work for NBC on a show which he had devised and which involved giving exposure to ordinary people so that they could come on the radio and talk about their unusual hobbies.

His show ran until the immediate post-war years and he formed a professional relationship with America’s first lady, Eleanor Roosevelt, with whom he collaborated on a pet idea of hers which was the therapeutic value of hobbies for soldiers.

Once Elman had achieved nationwide fame, he decided to return to hypnosis, specifically teaching the medical profession about pain control through hypnosis.

It was 1948 and Dave had organised a charity show, but unfortunately with very short notice, he was informed that the top of the bill act would not be able to perform.

He tried in vain to find another act at very short notice, but was unable to do so, so decided to go on stage himself with the very same stage hypnosis act with which he had been so successful as a teenager.

A lot of progress in science has been carried along through coincidences and accidents and hypnotherapy is no different. After Dave had finished his act, he was approached by a medical practitioner who asked him to teach both himself and his team of doctors about hypnosis.

Initially, Dave Elman taught a group of fifteen doctors and this led to many requests for subsequent presentations and lectures. He spent the next thirteen years travelling the United States teaching both doctors and dentists about pain control through hypnosis.

He called it ‘medical relaxation’ and as a great innovator published his technique in the form of audio recordings.

His audio recordings spread the message of both hypnosis and self-help through hypnosis, which led him to publish yet more recordings entitled ‘Hypno-Analysis’.

By the early 60s he had fully formed his ideas about hypnotherapy and it was in 1963 when he decided to publish a book on the subject.

His comparatively small body of work is still respected and considered a standard in the field of medical hypnosis and his techniques which are still practised, have changed little in the intervening years since his death in 1967.

His induction script is very well known and still published and used by hypnotists, hypnotherapists but most notably doctors and dentists who wish to induce a trance as quickly as possible.

I would seriously recommend that you seek out a copy of Elman’s book in whatever state or version you can find it, and also study his induction script as closely as possible. It should be compulsory reading for all budding and practising hypnotherapists!