Hypnosis is becoming more and more widely recognised, and there are literally 1000s of hypnosis research studies, showing the links between hypnosis and improving memory, motivation, aiding weight loss, and significantly helping people to stop smoking.

Here we have selected just a few of these studies, first up is a study from 1970 which really brought hypnosis into the mainstream, and not only gave hypnosis real credibility, but accredited it with status as a more effective form of therapy than any other currently practiced:

In 1970 a groundbreaking meta-analysis of hypnosis research studies was conducted by Alfred A. Barrios, which led to the mainstream acceptance of hypnosis as an extremely effective form of therapy.

Barrios compared 1,018 studies and articles on hypnosis, 899 articles on psychoanalytic therapy and 355 on behavioural therapy. In particular he noted the overall lasting success rates of the different therapies.

This led him to conclude that for changing habits, thought patterns, and actual behaviour hypnosis was not only the most effective method, but that it needed less time / sessions than any other type of therapy.

Hypnosis for weight loss is gaining more and more popularity too - British pop star Lily Allen recently said in a newspaper interview that hypnosis helped her to drop 4 dress sizes!

After the hypnotism, I want to go to the gym every day, otherwise I feel really bad. I just want to get more toned and healthy. I'm really good about everything at the moment — I've never been happier.

Lily Alan in an interview to the Daily Mail

Here are some news stories and scientific studies which show the potential of hypnosis to positively help people to lose weight, not only that but to keep it off - to have a long lasting, and life changing effect.

Hypnosis isn’t a mysterious, or little understood phenomenon anymore, it is a scientifically proven tool which can significantly influence weight loss: 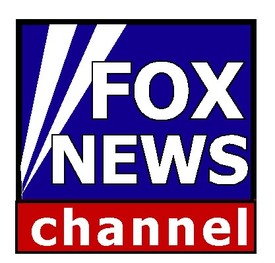 Marion Cornes, lost 55 pounds (24.9kg) after she was hypnotized to believe that she had weight-loss surgery!

After 5 sessions of hypnosis she believed surgeons had placed a gastric band on her stomach shrinking it to the size of a golf ball. She was hypnotized and talked through every step of the surgery as if she was in an operating room.

She said she started losing up to 3 pounds a week immediately after the hypnosis and she now feels full if she tries to eat anything other than a small portion of food.

"I've tried every other diet and exercise plan the world has to offer," she said. "I've tried tablets, Weight Watchers, Atkins, Slimfast, milkshakes and even a personal trainer, but none of them helped me." 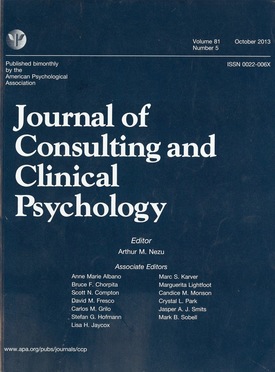 Their analysis showed that on average after the final follow-ups, the average weight loss was 6.03 lbs. (2.74 kg) without hypnosis (with just cognitive-behavioral treatment) and 14.88 lbs. (6.75 kg) when hypnosis was used.

They concluded that when hypnosis is used it is likely to lead to more than double the weight loss than if just cognitive-behavioral treatment alone was employed. They also summarized that the benefits of hypnosis increased substantially over time.

Hypnosis is more than 30x more effective for weight loss

Cochrane et al conducted a study into hypnosis and weight loss with 60 female participants who were more than 20% overweight. He divided the participants into 2 groups, one who received hypnosis treatment, and a control group who did not receive any hypnosis.

Results showed that the group who received the hypnosis lost more weight. Each participant on average losing 17lbs over the course of the study, compared to women in the control group losing only 0.5lbs

Hypnosis is probably most famous for helping people to stop smoking, recently Matt Damon even testified to the benefits of quitting smoking - he told Jay Leno that he visited a hypnotist and it worked:

I went to a hypnotist... It worked. I swear to god it worked. It was the greatest decision I ever made in my life!

Matt Damon on the Tonight Show with Jay Leno

The research into this area of hypnotherapy is very solid, again it not only shows a massively increased success rate when using hypnosis to help you to stop smoking, but it points to hypnosis as the most effective form of smoking cessation therapy (with a higher success rate than nicotine patches / gum etc):

Hypnosis is the most effective way of giving up smoking 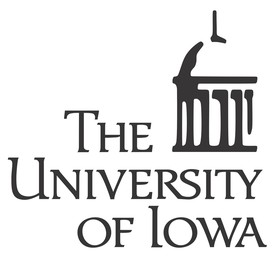 In 1992 the University of Iowa conducted a meta-analysis of studies using different methods to try and help people to quit smoking. This was the largest ever scientific comparison - looking at more than 600 studies which contained 72,000 people in total, from America and Europe. 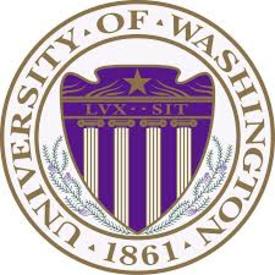 The university of Washington medical school conducted a study where they used hypnosis on 43 patients to help them stop smoking.

Of the 43 consecutive patients undergoing hypnosis, 39 reported remaining abstinent from tobacco use at follow-up (up to 3 years post-treatment).

Barber concluded that hypnosis is an extremely effective way to quit smoking and this study represents a 90.6% success rate using hypnosis. 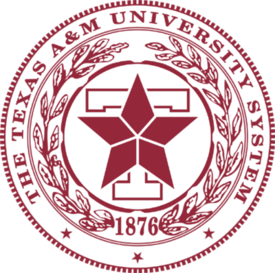 30 patients were referred by their doctor to Texas A&M University for treatment to help them stop smoking. Of this group 21 patients returned and were given 3 sessions of hypnosis for smoking cessation.

Elkins GR and Rajab MH concluded that hypnosis was indeed a statistically significant method of helping people to stop smoking.

Hypnosis Research In Other Areas

There are literally thousands of other research studies into hypnosis, how it helps anxiety, motivation, memory, pain relief, focus and concentration, even how it can be used to allow someone to undergo surgery without the need to an anaesthetic.

Here are some more studies which show proof of the power of hypnosis for helping a wide variety of different problems: 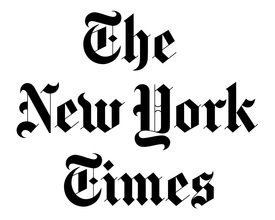 Professional athletes are turning to hypnosis to help give themselves an edge, to correct everything from their golf swing to pre-competition nerves.

Dr Dwight Damn, president of the National Guild of Hypnotists estimated that more than 7,000 of the guild’s members are using hypnosis to help athletes improve their performance.

Bob Reese, the famous former trainer for the New York Jets uses hypnotherapy with both professional and recreational athletes to help them “get into the zone”

When used like this hypnosis works simply to take the athletes peak performance and make it available to them 100% of the time. It takes away subconscious doubts, nerves, and other mental blockages to allow the athlete to give their top performance, every time. 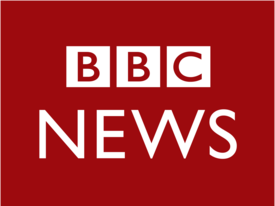 A small research study was conducted at Hampshire Hypnotherapy Centre in England with 10 pupils, aged 11 to 16, being treated at the centre for emotional behavioural difficulties related to anxiety.

The students were taught how to self-hypnotise to help them to set goals about things they wanted to achieve in their lives, and to help them to work towards these targets..

Mr Byron said "It seems to empower the students to change their lives and it's not me doing it, it's them." and that it produced greater effects than were seen in students using more traditional relaxation techniques. "There is no doubt it has a tremendous amount to offer."

After this trial the students' teachers said they had seen more changes in the students using the techniques and speculated this may be because the hypnotherapy produced cognitive and emotional changes.

It was concluded that the hypnotherapy helped to reduce anxiety and feelings of helplessness in students, and that the effects of hypnotherapy were found to be greater than those of more traditional relaxation techniques.

Hypnotherapy helps 71% of IBS sufferers for up to 5 years

A research study into hypnosis and its effects on Irritable Bowel Syndrome concluded that it helped 71% of patients - and its effect lasted up to as much as five years after treatment.

Researchers from Withington Hospital, Manchester (UK) conducted the study on 200 patients, each receiving hourly sessions for around 12 weeks.

The majority of patients found that hypnotherapy reduced the severity of their IBS symptoms, eased their condition and made them more comfortable, and these effects lasted up to as long as 5 years afterwards.

Even those patients who stated tat the effects wore off with time, found that the deterioration was slight.

All these people have used to hypnosis at some point in their lives to help them to overcome their bad habits and personal problems or to eliminate their limitations and become massively successful.

Tiger Woods (golf pro):
Has used hypnosis and mental imagery techniques since a young age to help him to focus and “get in the zone”.

Orlando Bloom (actor):
His mother took him to a hypnotist as a child to help him to overcome his addiction to chocolate and help him to shape up.

Sophie Dahl (model):
Lost a massive amount of weight with help from hypnosis and a new healthy lifestyle, going from a size 16 to an 8.

Steve Hooker (athlete):
Won a Gold Medal at the 2010 Delhi Commonwealth Games in the Pole Vault after using hypnosis to visualize his success.

Aaron Eckhart (actor):
Claims that hypnosis “changed his life forever” after he used to to beat smoking and alcohol addictions.

Geri Halliwell (singer):
Slimmed down and toned up with help from visits to a hypnotist.

Ashton Kutcher (actor):
Used hypnosis on two different occasions - once when he was in college to help him to focus on starting his career and “becoming famous”, and again more recently to help him to stop smoking.

Matt Damon (actor):
Quit smoking with help from hypnosis, later claiming it was “the greatest decision I ever made in my life”.

Sarah Ferguson (former royal):
Used hypnosis to lose weight after struggling for years with her weight.

Kevin McBride (boxer):
Has a hypnosis session before every fight to get into a solid mental state of mind, where he is full of confidence and free from fear.

Jack Nicklaus (golf pro):
Openly claims that hypnotherapy and visualization techniques are the sole reason for his improved levels of concentration during play.

Jackie Kennedy (president kennedy’s widow):
Used hypnotherapy to help her to get over the tragedy of her husbands assassination.

Lord Tennyson Alfred (poet):
Wrote complete poems while under the influence of hypnosis.

Ben Affleck (actor):
Quit smoking with help from hypnosis, later stating “ I feel a huge difference in my health now that I don't smoke. I feel like I'm in better shape than I was five years ago”.

Rachmaninov (composer):
Reports state that he composed one of his concertos following a simple hypnosis session.

Kevin Costner (actor):
Had a hypnotist fly out to Hawaii (while filming Waterworld) to cure him of his sea-sickness.

Albert Einstein (physicist):
Used trance states and regular hypnosis sessions to develop his ideas. It is claimed his theory of relativity came to him during one of these sessions.

David Beckham (soccer pro):
Visited a hypnotist privately to help him to confront some of his personal problems.

Disclaimer: These individuals did not use our hypnosis albums, but visited various hypnotherapists, and used hypnosis from unknown sources.