How Do We Change and the Dynamics of Human Change (video)

Brennan Smith, the voice behind the tracks here at Natural Hypnosis, talks about change in this video - specifically how we change, what are the dynamics of change, and what to do when we run into obstacles to change - (which we almost always do). 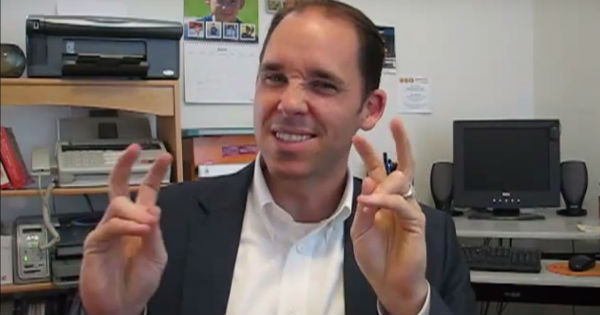 Please enjoy the video, followed by the transcript:

How Do We Change? These are the Dynamics of Human Change.

Our topic today is the dynamics of human change. This is what Olympic level coaches refer to as performance cycles in their athletes any time they go and try a new approach to their sport.

The same thing happens in any human change. We see it all the time in our private hypnotherapy clients.

We want to make sure you understand exactly how this works, so that you can make it work for you.

Here is how change happens. 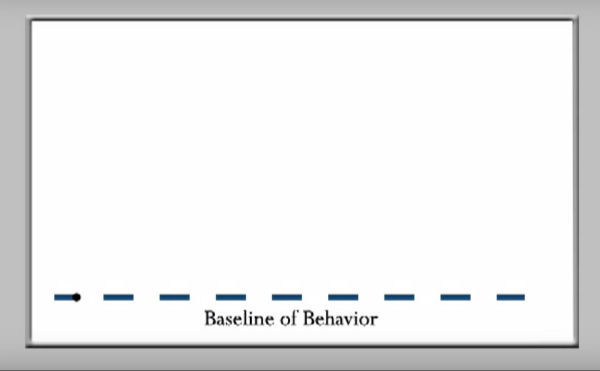 As your conscious mind was saying to you 'I know there's a better way; I know life can be better and I want that!'.

And that thought, and the thoughts you think after that are positive, and the positive actions you take, and the positive influences that you surround yourself with will lead you through that curve of change and will take you to a new place. ANd that's a wonderful feeling.

But you've also probably experienced that time in any change cycle when you're still doing all the positive things, but there seems to be a plateau.

For the person wanting to lose some weight, this happens when they're still doing all the right things, eating all the right foods, but they are not dropping the pounds anymore like they were so quickly at the beginning. 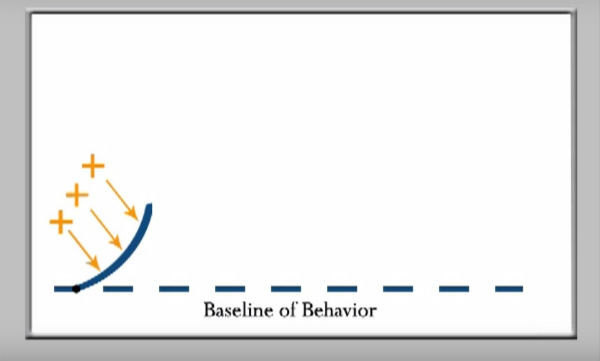 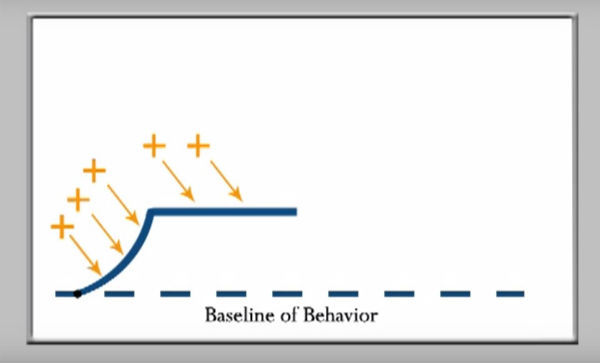 That's natural. This is a checks and balances system. Your unconscious at this moment in the cycle, is building a new baseline for you as a way of comparing it to the previous baseline.

This is just like your mind wanting to test out the old behavior vs. the new. And that's is how it usually shows for people.

This is usually around a two and a half week mark in any change cycle. 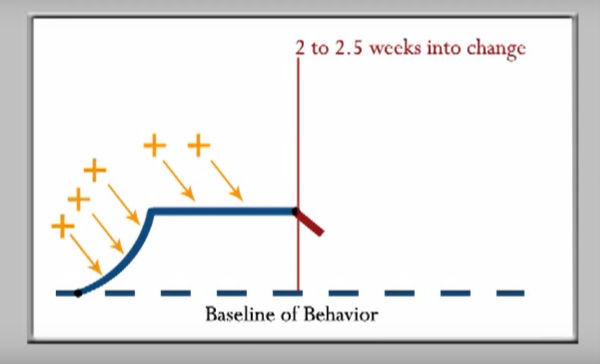 There's two possible responses that you can have when resistance comes.

The one that you've probably experienced in the past, and that most people have experienced because they don't know this information, is: they've beat themselves up.

And they talk themselves out of it, they beat themselves up, and pretty soon the repetition of the negative happens multiple times, and they've right back where they started.

Here's your opportunity to do things differently:

Option number two is recognizing, wait a minute, 'that's just my natural resistance. It's just my natural checks and balances system. I was supposed to hit a wall right now at a two and a half week mark. There's a reason they say it takes three weeks to form a habit - because only when you've got past this, that you've really formed that new habit.' 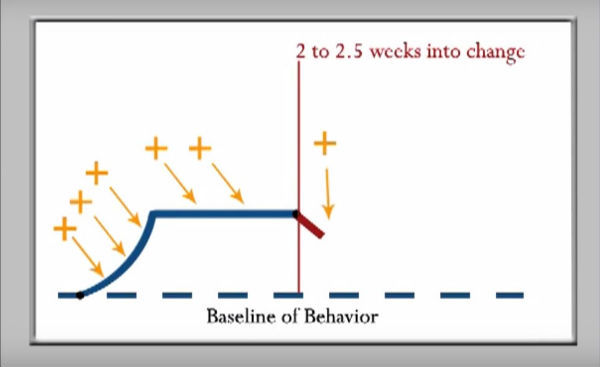 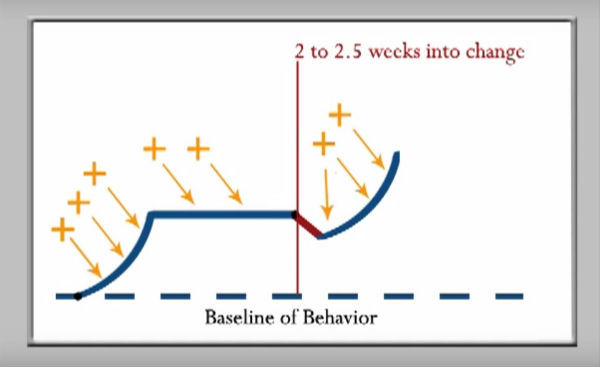 And when you do, you will plateau again, there will be resistance again in the future...

But this time, when you fall down, or when you test out the old behavior, you'll only be coming back to the level where you are now. 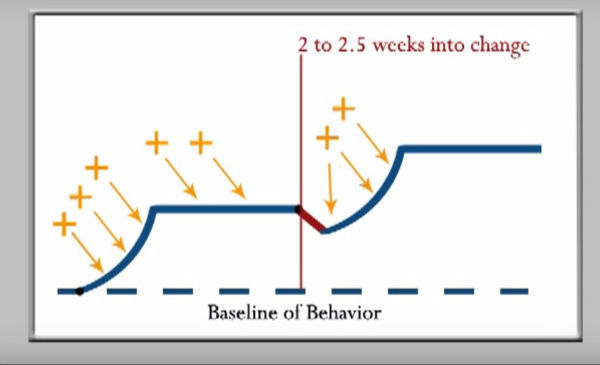 And then keep putting in the positive and keep going to the next level.

These are the dynamics of human change. This is performance cycles, this is the way we're wired, it's OK to feel resistance every now and then.

If you've found this article and video helpful, please share it with that one person that could benefit greatly from it.