Emile Coue - The Father of Self-Motivation

Whether you call it self-hypnosis or autosuggestion, it was French pharmacist turned psychologist Émile Coué whose ideas revolutionised our views about the powers of our own imagination.

The idea of mind over body was nothing particularly new, but Coué formalised it into a type of therapy, incorporating not only the idea of using the power of the mind, or more strictly speakin - the imagination - in the field of self conditioning and self-motivation. 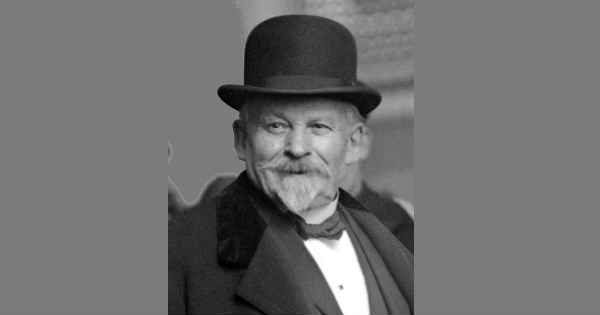 The Father of Applied Conditioning.

He is very often referred to as the ‘Father of Applied Conditioning’ and in fact he might just as easily have become known as the Father of Self-Motivation.

Nowadays, of course, we are all very familiar with, say, the placebo effect, or even various psychological exercises which one can employ to improve one’s self-esteem. These two concepts, and many more owe their roots to the work and ideas of Coué and what he termed the Law of Concentrated Attention.

It is generally accepted nowadays that if you concentrate on a single idea for long enough and repeat the idea enough times, it will eventually come become part of the subconscious and therefore real to that individual.

When Coué applied his ideas to a third party.

He did so through longest narrative which included an element of repetition and which were no more than a form of hypnosis.

However, he also believed that through this process of autosuggestion, physical bodily malfunctions or problems could also be cured, when subsequently, it has been shown that not always to be the case.

Early Life of Coué and His Proffesional Beginnings.

Coué was born in 1857, right at the genesis of psychology, hypnotherapy and all the early developments and offshoots and the developments of Mesmer’s ideas.

Coué himself was taught hypnosis by Liébeault, the founder of the Nancy School, otherwise known as the Suggestion School... and it is Liébeault’s work and research which greatly influenced Coué.

The Nancy School was a magnet for people with all sorts of afflictions, both physical and mental.

Coué primarily worked with patients whose problems can now be termed as psychosomatic. Eventually, the expectation level of prospective patients was so high that rather than a process of suggestion, Coué was able to cure patients through the medium of merely giving an opinion. However, we can see nowadays that those patients would already have been in a highly suggestible state.

Coué postulated that ‘every idea which exclusively occupies the mind is transformed into an actual physical or mental state’... and there are many recorded instances of Coué’s theory being correct.

You Have the Power.

There is little doubt that eventually his stature was a ‘healer’. Therefore patients expectation levels helped a great deal in his success, but he always explained to his patients that he did not possess any healing powers and that he had never healed anyone.

He told his patients that it was they who possessed what he described as ‘the instrument of their well-being’ and that all the successes that he had enjoyed were as a result of his subjects’ own thoughts - esentially his subjects healed naturally through the power of hypnotic suggestion.

It was he in fact who introduced the idea of the hypnotherapist being no more than a facilitator, with the subject being the primary driver, rather than Mesmer’s original idea of animal magnetism. All the accompanying extravagant hand movements, which Mesmer’s ‘patients’ had been subjected to were consigned to history.

Every day, in every way, I'm getting better and better.

Coué’s most famous quotation is “Tous les jours à tous points de vue je vais de mieux en mieux”, which translates as "Every day, in every way, I'm getting better and better". Since then it has been shown thousands of times that a technique of repeating such a phrase over and over in a mantra like way does eventually find its way to the subconscious and therefore part of one’s nature.

The only conflict that Coué was very well aware of was that between the imagination and willpower, soon realising that changes in psychological make up could not be achieved through willpower but through changing unconscious thought through imagination.

There is little doubt of Coué’s massive contribution to both hypnotherapy and the concept of the power of the imagination and through that the notion of suggestion, auto-suggestion and the still as yet untapped power of our imagination.