What is Hypnosis? Can Hypnosis be Defined?

Yes, hypnosis can be defined – but the problem is that there are far too many definitions, ranging from the majority belief of it being a form of enhanced suggestion to more fundamental definitions which suggest a more fundamental change to the mind’s state.

Then of course, we have the ever-present mystical and mythical definitions of hypnosis as being some form of spiritual power. 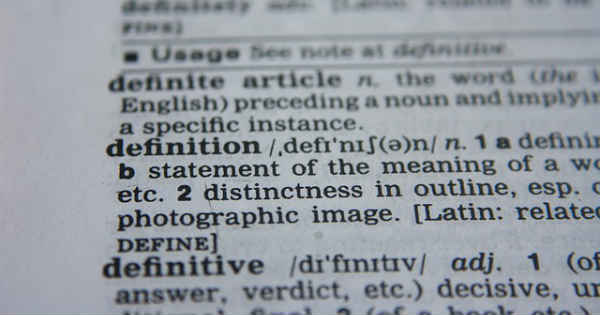 The lack of a single cogent definition prompted Wagstaff in 1980 to give a definition of hypnosis as ‘A collection of phenomena that can’t be accounted for by a single explanation.’

On the face of it, that looks like a quite reasonable explanation of the phenomenon but nevertheless, in trying to be all things to all men, seems to be a bit of a ‘copout’.

Does Hypnosis Need a Definition?

The question we should really be asking is “Does it need a definition”.

There is little doubt that hypnosis exists and that it works. Does that necessarily mean that we have to define it?

The word hypnotism is its own worst enemy because it is suggesting something which it isn’t. The suffix ‘ism’ suggests some form of belief.

Hence the ridiculous spiritual connotations which it is still suffering from. In fact, to take something from Wagstaff’s attempted definition, by far the simplest way to consider the phenomena of hypnotism is as a heightened state of suggestibility, concentration and focus.

Instead, we have state and non-state theories when in actual fact, we don’t need either.

If you care to take a look at the definition of the word hypnotism, unlike most other words, each dictionary has a definition based on the opinion of the dictionary compiler.

For instance, the definition ranges from “A heightened state of suggestion” to my favourite:

“The induction of a state of consciousness in which a person apparently loses the power of voluntary action and is highly responsive to suggestion or direction. Its use in therapy, typically to recover suppressed memories or to allow modification of behaviour, has been revived but is still controversial.”

The above is obviously the work of a dictionary compiler who was afraid to leave anything out.

No 'Ism' in Hypnotism.

In fact, hypnotism should not be an ‘ism’ at all!

The ability for the human brain to concentrate all of its capacity on a single idea or concept – which in effect is what the hypnotic trance is attempting to do – is more of a goal than a technique.

Had hypnotism or hypnosis started out as say “enhanced concentration or focus”, the psychological community would not still be scratching around for a definition... and hypnosis would not be languishing in the realms of a party trick.

‘Hypnotism’ was first defined by Braid. He started by referring to it as ‘neuro-hypnotism’ , which translated from the Greek, means ‘nervous sleep’ (and hypnosis can help you get a good nights sleep) and hypnotism has never recovered from that initial ‘guess’.

The very tight focus which hypnotism attempts to create, resulting in what appears to be extreme relaxation is because the brain’s focus is targeted on a single concept or idea.

Indeed it does resemble sleep... although of course, it isn’t.

The difficulties in explaining or defining hypnosis by a still largely primitive psychological community are best exemplified by the fact that in 2005 the American Psychological Association published what is currently considered the definitive and most authoritative definition of hypnosis. It is over 150 words long.

According to APA's Div. 30 (Society of Psychological Hypnosis), hypnosis is a procedure during which a health professional or researcher suggests while treating someone, that he or she experience changes in sensations, perceptions, thoughts or behavior. Although some hypnosis is used to make people more alert, most hypnosis includes suggestions for relaxation, calmness and well-being. Instructions to imagine or think about pleasant experiences are also commonly included during hypnosis. People respond to hypnosis in different ways. Some describe hypnosis as a state of focused attention, in which they feel very calm and relaxed. Most people describe the experience as pleasant.

By comparison,Einstein’s Special Theory of Relativity can be described in under 40 words!