What is Ericksonian Hypnosis and What Characterizes It

Ericksonian hypnotherapy (or indirect, metaphorical hypnosis) is the term used to describe a very specific type of hypnosis which is hallmarked by the use of indirect suggestion, metaphor and storytelling, as opposed to the direct type of suggestion that was its predecessor. Milton Erickson was the therapist who created this style of hypnosis after becoming paralysed by polio at just seventeen years of age.

As a teenage boy, immobilised by his condition, Milton Erickson spent a long time acutely observing the people around him. Forced to be a passive observer, he began to notice that people didn’t always say what they meant and that many people suffered from incongruent behaviour. 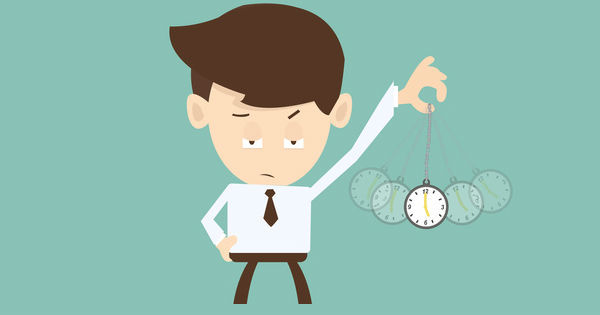 It became of great interest to him to understand why people acted as they did and how to intervene in order to influence outcomes.

What style of hypnosis is used at Natural Hypnosis?

Indirect suggestion was used as a tool by Erickson in order to assist people who had a strong resistance to trance.

Instead of using direct commands, such as "at the count of three you will close your eyes" he would embark upon narratives that would help the client feel in control of the situation. "You may like to close your eyes if you feel your lids getting heavier."

This type of suggestion merely hinted at the possibility of their eyes closing but worked effectively, eliciting the desired outcome without conscious resistance.

He developed ways to initiate transformation during what, on the surface, would appear to be a regular conversation. He was a master at layering his conversations so that the subconscious mind could be helped without the conscious mind being on guard.

People Come In and Out of Trance Every Day.

During his long career Erickson established himself as an outstanding therapist, putting forward the concept that we all go in and out of trance many times during the day without even being aware of it.

Everybody experiences moments of daydreaming or times when we might drive to a location and then wonder how we got there. These moments are indicative of a change in brainwaves that leads to trance. Our subconscious mind takes over and our conscious mind has no recollection of this drift in awareness.

Erickson also considered that it was beneficial to his own sensory acuity if he also went into trance whilst treating his patients.

By so doing, Erickson became aware of even the smallest physical changes that occurred in his clients and these changes, such as tone of voice, skin colour or rate of breathing, would indicate that his client was entering a different state of awareness.

Another technique accredited to Erickson is the confusion technique. With this technique, long, ambiguous sentences are used in order to confuse the listener and disrupt their chain of understanding.

As the client tries to follow the meaning of complex sentences that are structurally incorrect and don’t quite make sense, they experience a mental overload.

At this time they are in a highly attentive state which is perfect for slipping in beneficial suggestions, avoiding the watchful enemies of reason and logic.

When it comes to trancework, use what you have in order to promote relaxation.

Erickson would feed back on such things as the client’s posture, the tilt of their head, the angle of their arms - all these things and dozens more can be worked into the hypnosis session to give a very meaningful and personal experience for the client.

Sometimes there will be an external disturbance beyond the hypnotherapist’s control, such as a telephone ringing or a dog barking, that could interrupt the consultation entirely. These can be cleverly utilised to deepen the trance.

"And as you listen to the sound of the phone ringing you will know that this is a signal for your body to relax even more deeply and with every ring you can go deeper and deeper into a state of peaceful relaxation."

Sometimes the disruption can be from the client’s own body responses. The swallow reflex or a gurgling stomach can make the client feel ill-at-ease or self conscious.

Utilisation of these situations puts the client at ease and can provide a trigger for repeated positive suggestions.

One of the most interesting aspects of Ericksonian hypnosis is the flexibility with which Erickson operated. He spent time getting to know his clients’ histories and was able to use their own interests and life experiences to help them change.

By skilfully tailoring his sessions to incorporate these aspects of the client’s personal life he could help them transform from within by using their own resources, rather than forcing and overlaying his own will on their way of thinking.

Erickson's Use of Metaphor.

No study on Ericksonian hypnosis could be complete without mentioning Erickson’s use of metaphor.

He would construct stories that were multi-layered, entertaining the conscious mind on one level but with concealed meanings that would work beneath the surface with the subconscious mind.

Therapeutic metaphor uses comparisons so that one thing is replaced by another thing. Therefore, when a story involving metaphor is told, the client does not necessarily recognise that solutions in the tale involving the other thing also refer to the one thing which is the problem.

In this way Erickson could hold conversations, tell jokes or stories and not even look as if he was addressing the problem and the results that his clients experienced would appear miraculous.

Milton Erickson’s work has inspired many areas of therapy today, including neuro-linguistic programming (NLP). Richard Bandler and John Grindler, who are the founders of NLP, studied Erickson’s style in depth and incorporated many of his inductions and communication skills into their NLP set, naming the Milton Model in honour of this revolutionary therapist.

Ericksonian hypnosis is considered a highly effective type of therapy and is the preferred style of many hypnotherapy practitioners today, who use these solution-focused techniques to give their clients excellent outcomes.