Freud - the Father of Psychoanalysis

If you were to ask anyone in the world to name a famous psychologist, the odds are that they are going to say Freud, even though he died as far back as 1939.

He is universally known as the father of psychoanalysis and is also responsible for the cliched caricature of a psychoanalyst and his ubiquitous couch. 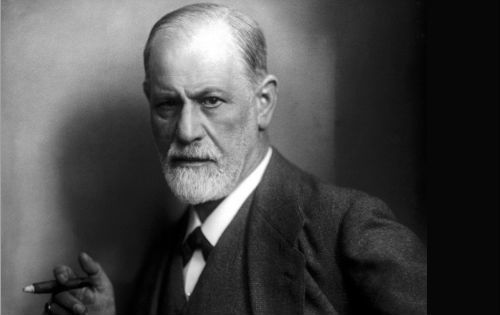 Although Freud did train as a medical doctor, his studies took nearly a decade, primarily as a result of his burgeoning interest in neurology. He qualified in 1881.

His exploration of the human mind is still without equal and one could say that he invented psychology as well as a catalogue of words which had previously been either unfamiliar or totally non-existent.

Apart from Freudian slip, which has gone into the language, words such as libido, repression and neurotic are in the English language thanks to Freud.

Apart from psychoanalysis, which in its simplest form is no more than a method of treating mental illness, he also proposed his well-known theory of explaining human behaviour.

In attempting to explain the most important functions of the mind, he proposed a simple structural model which was not based on specific areas of the brain, but was based on its perceived functions.

Now we have the Id, the Ego and the Super ego. This is Freud’s personality theory , which is an attempt to explain what we now call the psyche.

He outlined the importance of the unconscious mind and suggested that it is the unconscious and not the conscious mind which governs behaviour. From there he went on to suggest that difficult feelings and memories which are to all intents and purposes, did not exist in his subjects’ conscious, but were certainly hidden away in the unconscious. That introduced the concept of repression.

Freud linked the concept of the Id to our basic survival instinct which he further subdivided to the Eros and Thanatos drives.

Eros, as the name might suggest, drives what can best to be described as are most basic needs such as sex, nourishment, and even breathing.

Maslow described it rather eloquently as our ‘Physiological Needs’ and Hertzberg labelled ‘Hygiene Factors’. According to Freud, these basic life instincts are what is now generally more known as the libido – whose meaning these days has mutated into what is merely regarded as the sex drive.

What we might call the’yang’ part of Freud’s theory is the antithesis of the libido, which is the Thanatos or death instinct. That is a destructive force present in all of us and is expressed outwardly as violence and aggression.

If expressed inwardly, however, this force is less powerful than our libido (original meaning) and it is this slight imbalance which prevents us from self-destructing.

Freud believed that the ego and the superego are developed during childhood and act as a basic control mechanism so that our id- driven needs are satisfied in a socially acceptable way with the added refinement of the superego introducing the concept of morality.

Inevitably, Freud postulated that the elements of our psyche are not always compatible with each other, therefore there is always every likelihood of a conflict being created.

Freud is very well known for his theories concerning sex and sexuality, but in acknowledging his work, we have to take into consideration the social environment in which he was living at the time.

Freud grew up in what we call Victorian times, where sexual repression, especially among women was the norm.

Socially it was not acceptable to express one’s sexual needs in the overt manner which is prevalent today. Consequently, women’s sexual needs resulted in a variety of mental issues and neuroses.

In fact, Freud concluded that sexual attraction is an important part of hypnosis after a subject he hypnotized showed a bit too much affection.

The Oedipus complex, as well as Freud’s theory of psychosexual development stem from the concept of sexual repression, in both the child and adult stages of development and Freud further postulated that an adult personality is shaped by childhood experiences.

Freud went on to work on dream analysis. In order to analyzie our dreams, we first have to remember them. Freud believed that dreams were not only based on the events of a day and also contained an element of wish fulfilment, but that any ‘bad’ unfulfilled wishes are sterilised or homogenised into unaccepted will form so that guilt and anxiety are minimised.

As early as 1900, Freud realised that dreams and their symbolism gave him a direct route to the subconscious mind.

As far as symbolism in dreams is concerned, Freud imagined that many of the recurring symbols recurring in dreams could be regarded as universal with many of them now consigned to the status of cliches!

The trains, the tunnels, the guns, the swords with even seemingly innocent activities such as horseriding, representing sexual intercourse.

For instance, currently many scientists are not very comfortable with Freud’s views on women’s sexuality or the Oedipus complex because nowadays, most research tends to be quantitative rather than the purely qualitative investigations carried out, not only by Freud, but by all of his contemporaries.

It is now accepted that a lot of Freud’s theories are just that - theories. Because the unconscious mind is so notoriously difficult to access scientifically, Freud’s ideas cannot be proved or disproved, but nevertheless his rather imaginative and often colourful explanation of many psychological phenomena have yet to be bettered.

And of course, Freud had his thoughts on hypnosis - and unfortunately for our field, he played for the opposing side.