Even though Carl Jung had a direct link to Sigmund Freud, with whom he collaborated for a time, he is not one of the old school psychoanalysts or hypnotists because he only died just over 50 years ago, in 1961. In the grand scheme of things, he can almost be considered as one of the ‘new boys’. 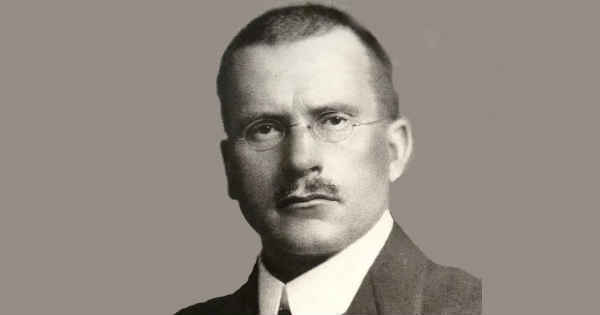 Phrases and concepts which we use all the time, such as ‘introvert’ and ‘extrovert’ were given to us by Jung – and have passed into everyday language. Before Jung, we did not have personality classifications.

And by so doing, he enabled modern psychology to begin to identify personality types.

A lot of his thinking, work and beliefs were based on his own experiences, because the vast amount of empirical data we enjoy nowadays, was not yet available.

Jung was medically qualified and is often referred to as a psychologist or psychiatrist and the founder of analytic psychology, which is subtly different to Freud’s psychoanalysis.

The concept of synchronicity which is often expressed as the collective conscious was another concept developed by Jung.

His concept of the unconscious mind differed slightly from Freud in that Jung believed quite firmly that the unconscious was exactly that and therefore should be considered impervious to scientific study – at least in a direct way.

In spite of the fact that during the time he and Freud collaborated (for about six years), their ideas grew apart – specifically and most notably, in their understanding of ‘unconscious’ which Jung considered more of a hypothesis than fact.

Jung's concept of the ‘collective unconscious’ assumed the existence of certain psychic patterns – ‘psychic’ in the true sense of the word, that is to say, mental patterns. To put it in modern day parlance, he believed that we shared a certain unconscious ‘hard-coding’ which he thought was universal.

He further believed that our unconscious could be tapped into, and could be experienced through our dreams.

The symbolism experienced not only in dreams but in every day life as well as in art and religion... with a lot of our conscious actions being heavily influenced by us recalling our dreams and bringing those elements into our conscious mind.

The idea of the collective conscious was formulated by Jung well before Crick announced the discovery of DNA in Cambridge’s Eagle pub in February 1953.

In the same way that there are certain aspects of our physical appearance, as well as our psychological make up which are handed down from generation to generation, it is highly likely that Jung’s collective conscious is also inherited and much of it therefore universal.

In spite of the fact that Jung’s ideas as well as psychotherapeutic methods developed away from those used by Freud - especially in his so-called Hermetic Transition - whereby he noticed that certain ancient symbols were duplicated or repeated in people’s present day thoughts and dreams, he had started out with the slightly more linear model of the conscious and unconscious, which resulted in a quite detailed exploration of hypnosis.

When Jung first opened his psychiatry practice, he did use hypnosis to a very large extent and by all accounts, very successfully.

Jung hypnotised a woman... and cured her!

Ironically, if the history books and his notes are to be believed, it may be a woman with quite a severe mental problem, who in her own way, turned him away from hypnosis by publicising a ‘cure’ which he did not fully understand, but was given great credit for.

The woman presented a very painful paralysis of one of her legs, Jung hypnotised her and within a very short time she emerged from the trance without any symptoms.

The woman was very religious, middle-aged and had apparently been suffering from pelagic paralysis for nearly 20 years. Jung sat her in a chair and asked her to recount her story – which she did.

Jung listened for a time and then told her that he was going to hypnotise her.

Apparently, the woman went straight into trance without Jung applying any hypnotic technique and not only did she carry on talking, but she began to describe a whole array of dreams to him.

Jung was not quite sure at the time what to do because he was not alone in the room with the lady because 20 psychology students were witnessing the event.

Eventually, Jung managed to awaken the lady – without having given her any post-hypnotic suggestion and the first thing she said was “I am cured!”... and sure enough, she was able to walk unaided.

Jung had no idea what had just transpired and fully admitted it. He did follow up in order to ascertain that the lady had no further symptoms, although sometime later she did return... this time with back pains.

Again, Jung hypnotised her and believe it or not, once again she was cured, and very happy to tell everybody about it!

Try hypnosis yourself - it can help you manage your pain.

Jung should have been suspicious, because what he discovered was that the lady was a very ambitious mother, and in fact her mentally retarded son was being treated in the same clinic at which Jung was practising. Apparently the woman had great ambitions for her mentally-ill son and it would seem that she had ‘adopted’ Jung as a surrogate successful young man which allowed her to fulfil her own motherly ambitions.

Through the publicity that she gave him ensured the success of his clinic, although his belief in hypnosis was severely impaired!

We often write and think about fake hypnotists. Although it isn’t ever expressed in this way, it would seem that the progress of psychoanalysis was helped greatly, not by a fake hypnotist, but by Jung’s fake patient!