What are the Benefits and Risks of Hypnosis

One of the great dangers of hypnosis is not within the process itself but when the process is administered by an amateur or should I say someone untrained who learned his or her hypnosis from the myriad of self-help hypnosis books on the market or from Google!

A friend paid $100 to a ‘hypnotist’ to cure her of her very acute smoking habit. She remembers very clearly being hypnotised, being told to stop smoking, paying $100, leaving the ‘surgery’ and feeling so stressed (because unknown to the ‘therapist’, she had a major problem with being told what to do) that her first act was to light a cigarette. 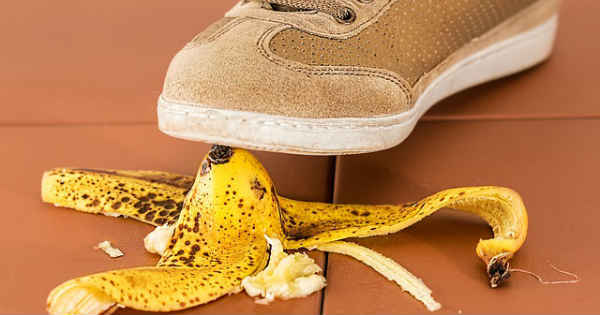 Unfortunately, hypnosis is regarded by many people as a last resort cure after they have tried all the other schemes available to them.

By then, the subject is usually so used to failure that by the time they are being hypnotised, their self belief and their belief that they can be cured of whatever is ailing them is non-existent, making the hypnotist’s job almost impossible.

The great danger of being hypnotised by an amateur is not in his or her ability to put the subject into a trance or to make the subject suggestible, but through carelessness and through the use of the wrong words to possibly implant an inadvertent post-hypnotic suggestion.

For instance, my friend the smoker’s cigarette consumption is higher than ever and she is convinced that it is as a result of an incorrect or poorly constructed post-hypnotic suggestion, while a treatment by a qualified hypnotist would actually help her to stop smoking.

Anyone with severe mental problems can have those problems vastly amplified by an amateur hypnotist to the extent of the creation of new symptoms.

There have been other cases of what is known as symptom substitution where, for instance, one addiction has been substituted for another.

Getting a Person in a Trance Like State Doesn't Make One a Hypnotherapist.

A professional hypnotherapist or hypnotist knows that above all things he or she has to avoid inducing unwanted behaviours or feelings and that does require a certain measure of skill... unlike hypnosis itself which is a pretty straightforward technique once it is mastered.

That means that although somebody can induce a hypnotic trance, it does not necessarily mean that they are a good hypnotherapist.

A bad hypnotherapist can uncover and induce repressed behaviours as well as anything from delusional thinking, guilt and even psychosis, hallucinations as well as physical manifestations such as headaches and nausea and vomiting. These are worst case scenarios, but that is how powerful hypnosis can be and how dangerous it is in the wrong hands.

Incomplete de-hypnotisation also presents a danger and there have been several examples recorded of subjects driving home without having been properly dehypnotised, feeling confused and dizzy and being involved in road crashes.

It is very difficult to advise people as to whether their prospective hypnotist is competent and has a certain measure of integrity.

That can only be ascertained through recommendation rather than something very prevalent in the hypnotism industry which is a vast array of letters after a hypnotist’s name!

Hypnotherapists themselves should always remember that what they are doing with their patients is ‘suggesting’. The authoritarian ‘You will do X’ as seen in many movies is not only dangerous but has been shown to be very ineffective in symptom removal.

However, it is not all doom and gloom in the hypnotherapy industry because hypnosis is one of the gentlest and safest of all treatments available within the healing profession. It is only when hypnosis is misused, usually inadvertently by incompetent practitioners that dangers are revealed.

Phobias, addictions and all manner of ailments and afflictions can be treated through the medium of hypnosis.

Even individuals who do not have any specific symptoms can benefit greatly from entering that daydream state within which they can have their attention directed to say specific ambitions, goals and thoughts.

Hypnosis is still regarded as some sort of phenomenon when in actual fact it is a perfectly healthy and normal state of mind which we all tend to enter in and out of for very short periods during our waking hours.

If you recall a particularly pleasant daydream, you know exactly what I mean.

Administered correctly, hypnosis holds no dangers. On the contrary used properly, it is one of the best techniques available to enrich someone’s life - and we welcome you to try our free hypnosis mp3 available here - it's safe, natural and recorded by our resident hypnotist, Brennan Smith.