Re-Framing: How to Change the Way You Look at Things

If you have ever had the experience of seeing a painting or picture take on a completely new meaning or new appearance by the simple expedient of having its frame changed, you will immediately understand the concept of NLP re-framing. 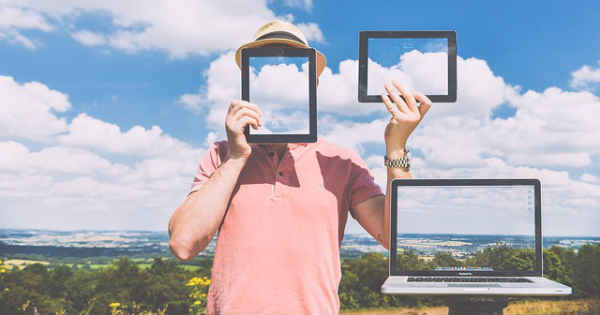 In the NLP context, ‘re-framing’ is simply taking an individual’s response to an experience and changing it by putting it in a different context, or frame.

The technique of re-framing is comparatively straightforward and involves taking a picture of an event or feeling, looking at it in some detail, and then reinterpreting it with a whole new set of associated feelings.

Inevitably, as is the case with most issues, in the main it appears to be a question of turning negatives into positives. To put it into layman’s terms, we are talking about adopting an alternative perspective.

You Have a Choice in How You View Any Given Situation.

Whatever you draw out of any given situation, it always depends on your point of view and to re-frame a situation or issue means changing its meaning by putting it in a different context.

Imagine yourself in a foreign airport with all flights having been cancelled and you, your wife and your three children and your baggage are surrounded by hundreds of other people in the same situation.

There’s no point in standing in a queue anyway. So how about moving away, and either sitting down, having a relaxing drink with your children and maybe reading them a story or showing them the photographs you have taken on your smartphone.

You have re-framed and created a situation which, instead of driving you into the pits of despair, has suddenly become of some benefit to you.

You have consciously chosen a response. Your own response.

NLP re-framing is just restating that the meaning of any situation depends on your point of view by putting the situation in a completely different setting.

Politicians call it ‘spin’. They try to re-frame on your behalf. For instance “The unemployment rate has risen” is not as attractive as ”There are more people in work since records began” (omitting to mention that the population has doubled since records began!)

It is behaviours and responses which change meaning.

In NLP terms, ‘Context re-framing’ presupposes that every single behaviour can be useful, depending on the situation.

That inevitably means that by re-framing any context into a useful context, you’re responsible for change, as in the example above.

There is another NLP presupposition, which on the face of it does not stack up, but it is this: All behaviour has a positive intent. In other words, it is motive which drives behaviour.

Of all techniques, perhaps re-framing is the simplest to understand and at the same time on of the most powerful in creating mutual understanding.

Hypnosis is really effective to change your perspective. And you can try our free hypnosis track here.