Franz Mesmer’s theories of animal magnetism and his thoughts on abilities to put subjects into a form of trance were ridiculed by many within the medical establishment.

Nevertheless there was another school of thought which broadly thought that Mesmer’s theories did have some merit.

Consequently, Mesmer aficionados multiplied and many of them travelled, giving animal magnetism demonstrations, although these were more akin to performances rather than proper medical lectures or demonstrations. 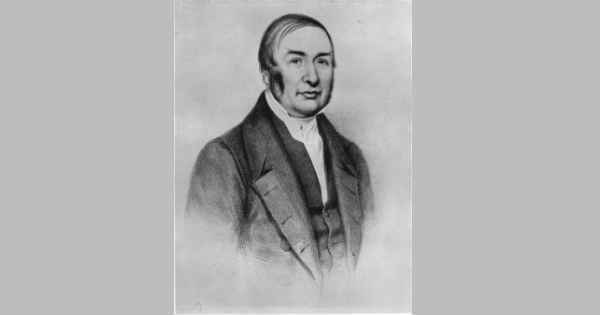 One such Mesmer disciple was Charles Lafontaine who gave a demonstration of the phenomenon in Manchester in 1841.

The performance was attended by several doctors and surgeons, among them James Braid.

It was rather fortuitous that Dr. Braid was invited to inspect the so-called ‘magnetised’ subjects as he saw that the people he was assessing had in fact changed state. That is to say they did not appear to be responding consciously to external stimuli.

Braid was so fascinated by this phenomenon that he attended two of Lafontaine’s subsequent demonstrations. However, he did not buy into the animal magnetism theory or that any sort of external ‘power’ was involved.

Braid's Take on what Hypnosis is.

Initially he had thought that he was witnessing some sort of illusion or possibly hysteria, but he noticed one phenomenon which was very simple and straightforward - and that was the fact that some of the hypnotised subjects were not able to open their eyes.

He did notice however that subjects who had been asked to concentrate on a particular object for a length of time, would show exactly the same symptoms as those who had been ‘magnetised’.

Braid also decided that the manifestation which had been expressed as the subject being under the control of the ‘operator’, would be better expressed with the so-called controlling operator’s role being reduced to that of facilitator with the subject as the creator of the trance.

That immediately disqualified all the mysticism, magnetism and power of the operator from the equation, with the subject at the centre of the process. Theoretically, that would mean that the operator or so-called inducer of the trance could be shown to be superfluous to the process.

First Self Hypnosis Ever?

Braid went on to prove this very successfully by not only recognising hypnotism for what it is but by self-hypnotising and achieving a trance-like state all by himself without any external input whatsoever - and he managed to do so successfully in front of a small audience.

Braid is referred to (among others) as ‘The Father of Hypnotism’ – the difference being that in his case it is absolutely true.

More accurately, he took hypnotism out of its quasi-spiritual and mystic world and brought it under the heading of science.

Up until that time, Mesmerists were being denounced not only by the sceptics but their work was taken so seriously by the church that there were accusations of satanic forces at work with further assertions that Dr. Braid’s very successful clinical work which included elements of hypnosis and hypnotherapy were no more than a scam.

Braid reasserted the fact that the claims made by Mesmerists which overtly stated that they had some sort of mystical power or that they were harnessing external forces were patently untrue.

He demonstrated this quite clearly by the fact that subjects were able to put themselves into trance without the aid of any external assistance.

The ideas of suggestion and auto-suggestion had been born.

What was remarkable about Braid’s assimilation of Mesmer’s ideas, his observations followed by both his own theory of suggestion plus the dismissal of the rather outlandish claims made by the Mesmerists was that the whole process took about one year from Braid witnessing Lafontaine’s demonstration in Manchester.

Today, we recognise that hypnosis helps a lot of people. We have created a completely safe way for you to test hypnosis free - download here.

In a paper published in 1842, Dr. James Braid stated quite clearly that the mysterious phenomena which by then had been observed for nearly 100 years were attributable not to any form of externally inducted force or mysterious manifestation but “a peculiar psychological state of the brain”.